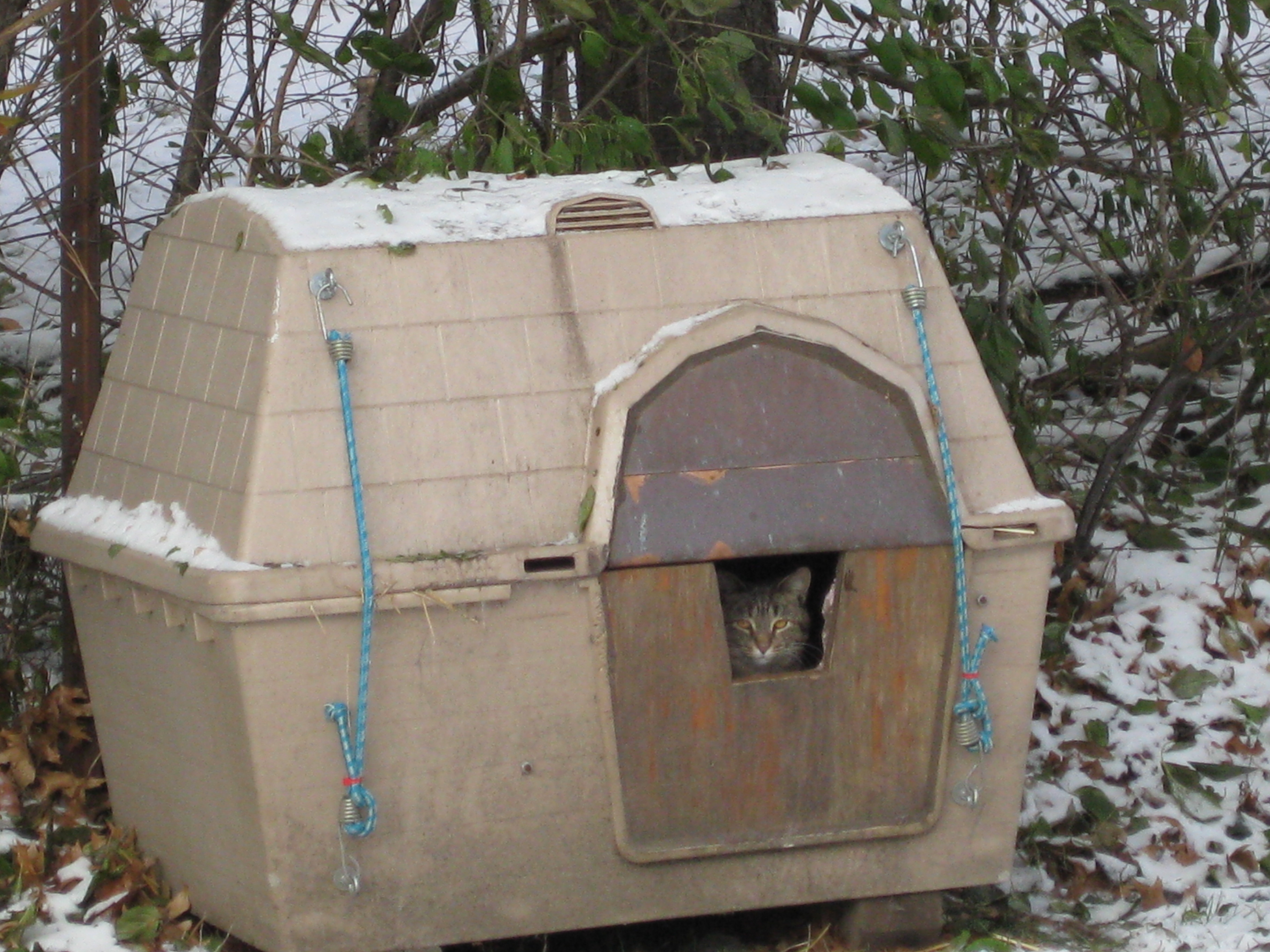 Such was the case with a local health care facility. When we evaluated it, it seemed that the cats would never stop! And we knew we had to work on this location as soon as possible because the cats were mostly TORTIES! And you know, torties mean KITTENS!

The first trapping resulted in a trip to PAWS on June 15th with: Aldana, Alday, Alden, Alder, Aldi, Aldine, and Aldo = 7 cats. 4 females.

The second trapping netted us: Blackie, Bubba, Jet, Kitty, Left Foot, Neon, Orange, Peter, Pumpkin, Toast who were spayed and neutered on June 22nd for a total of 11 cats, 5 females.

These were followed by Mudd (male), Swirl (female) and Mama on June 29th, only Mama wasn’t a mama when she was trapped, but did produce 4 kittens before we could get her to the clinic.

Have you been paying attention? So far, 21 adults, 4 kittens. 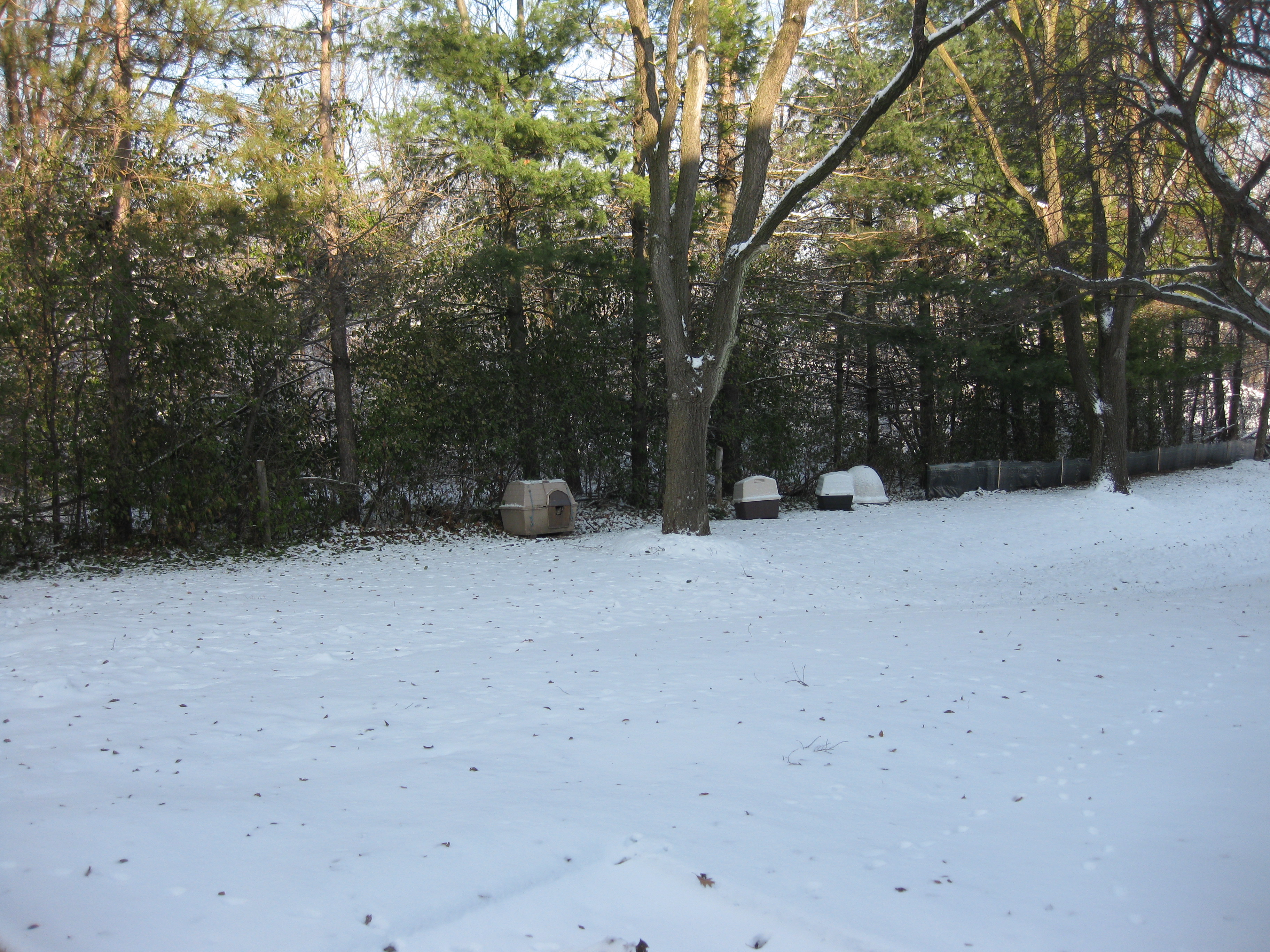 One thing we noticed about these cats was the aroma of their feces – a very chemically smell. Pardon me for being indelicate but we try to pay attention to the health of the ferals while they are in our care and this was very unusual. We were worried that the cats were not getting enough “cat” food – the residents were feeding them from the cafeteria. We were worried that the cats were dumpster diving in some really unsavory stuff. We decided to provide cat food so that their diets would have the correct nutrients to keep them in good health. So far, this seems to be working. One of our volunteers stops every day to feed them. The residents are still able to watch them – they find the cats very entertaining!

Mama was a very good mama, but the odds did not work out in favor of her litter. Those of us who do TNR know that litters of kittens quite often have a 75% fatality rate – that is one of the things we are working to prevent. The food that Mama was eating may have played a big part in Alyas (male) being the only surviving kitten of her litter. Mama was spayed on August 3rd and returned to her colony soon after. Alyas was fostered, was a wonderful kitten, neutered on September 18th and went to PURRS of Naperville for adoption soon after. 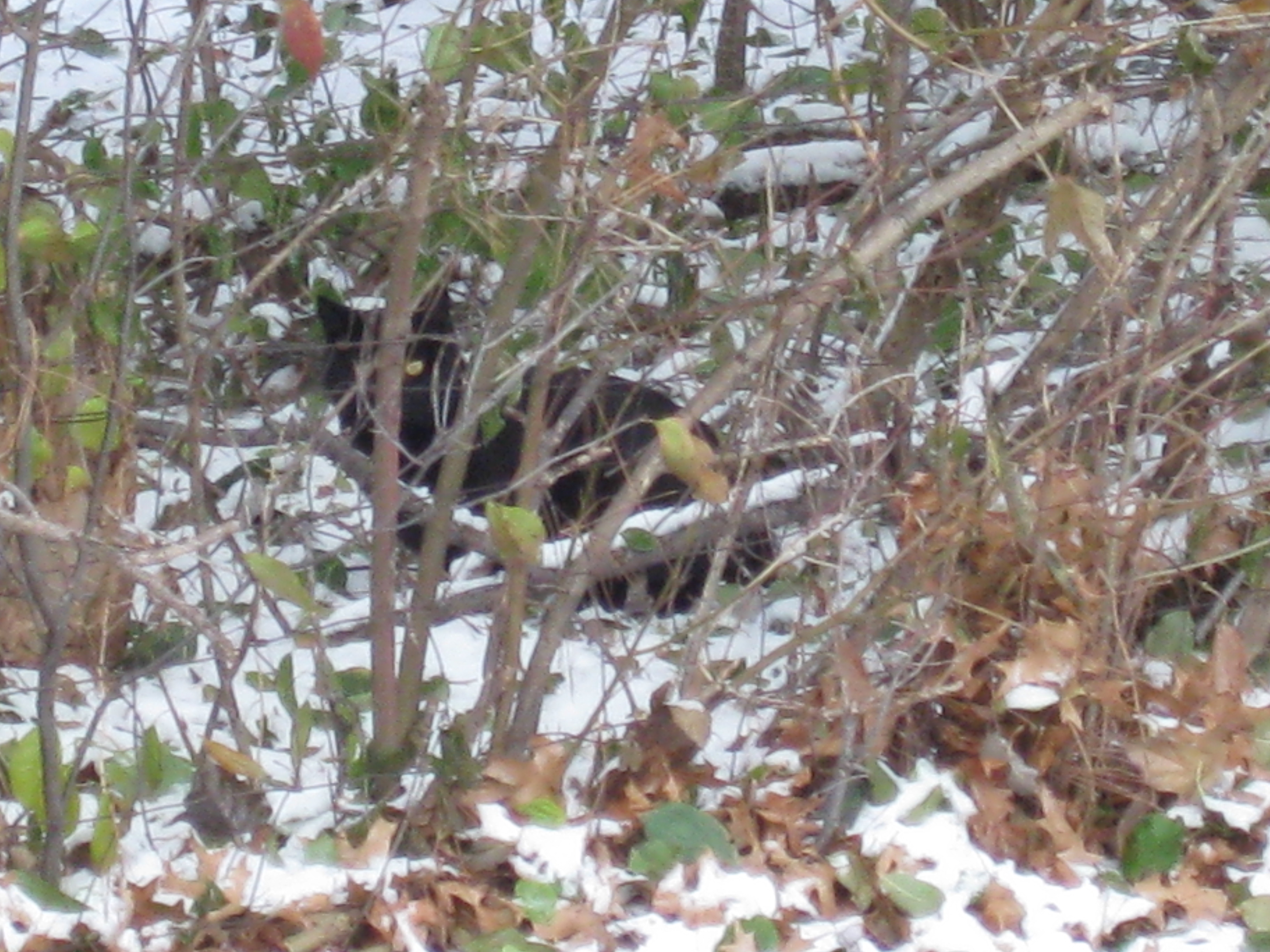 So what’s our tally? 21 adults tnr’d and returned to the colony.

Rumors surfaced of the ones that we did not get and once again we trapped. We nabbed Soot, Coal, Buddy, Carmel and Cinder – all neutered on November 25th – 4 females and a male. Carmel (female) and Cinder (male) were about 11 weeks old, they are now in foster, hopefully will become tame enough to go on to be adopted thru PURRS. Since they were older than the usual minimum age for taming, they have an eartip, just in case they need to go back to their colony.

There may still be a total of 4 cats still out there but with the winter blowing in full force, we will have to wait until Spring to get those guys, but with the close attention our dedicated volunteer pays, it should be a lot easier now!

As I said, this is a health care facility. Typically these locations want the cats gone, get rid of them, they are dangerous to everyone, get them out of here or we will do it for you! Not so, this time. The administrator was very kind, loves animals, saw no reason for the cats to have to go, since they did not belong to the facility, she saw no reason for us not to take care of them. I told her what a truly unique person she was and thanked her many times over. They have even allowed us to put shelters on the grounds so that the cats can keep warm during the winter!

The one thing that we have not received is money. Since the cats do not belong to the facility, there is probably no money in the budget to make a donation to cover the costs we have incurred. I plan on making a report to the administrator now that we are so close to finishing the colony, but have no real hope that she will be able to direct funds our way. Times are hard. The residents are for the most part on state aid, they have little money of their own.

When you think of how many kittens could have been produced in the past 5 months from the (minimum) 15 females, Feral Fixers is glad to have been able to help! We’ve been able to improve their health and their living conditions while allowing them to live where they have chosen.

Please think about this healthy colony when you are making your year-end donations, it's as simple as clicking on our PayPal button!

Thank you so much to all of you who have already donated and have helped us help so many cats!

We wish you all a Wonderful Holiday Season!