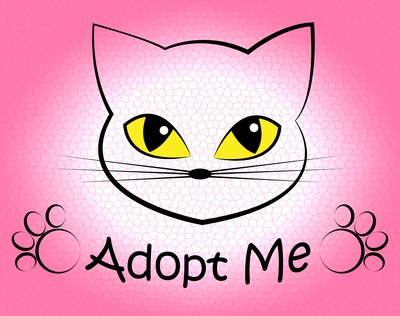 We had our second successful adoption event at our building on Saturday, 7/10.  Our 3 meet 'n greet rooms are fabulous and were filled during most of the event.  What a pleasure to have a safe and clean environment to have potential adopters meet our kittens!

This was a kitten-focused adoption event with 17 kittens (Rollie, Rocco, Schuyler, Scheri, Schelby, Felipe & Fenton, Scout, Scarlet, Molly & Moira, Nelson & Nestea, Nettie, Necco, Nero, Nemo) as the stars of our show.  Everyone did very well interacting with our guests.  Our black kittens spent most of the day in their foster families' arms, while the gray kittens were constantly in and out of meet 'n greet rooms.  I wish adopters were more color neutral in their selections!

We had a good flow of pre-approved and potential adopters stop by throughout the event, with a huge crowd during the first hour, as usual.  2 kittens were adopted directly from the event and adoption paperwork was completed for 3 more kittens, all by pre-approved adopters:

11 additional adoptions took place in the two weeks since our last adoption event, including 9 kittens (Feldman & Feldspar, Rock Star, Rockabye Baby, Dilly & Dillon, Robby, Rosemary & Rosita) and 2 adults (Ollie, Willow).  It looks to be another good month of adoptions even though lots of folks are on vacation.

Many thanks to the fosters (Aimee/Jackson, Annie/Rylee, Bonnie, Jena/Deane, Jenny, Marisa/Dean, Rachel/Sephie) and the volunteers (Sara, Steve, Trista, Arielle & Candy) who made this event possible.  Special thanks to fosters Annie/Rylee, Bonnie, Deane, Jenny, and Rachel/Sephie, who were able to stay during the event and help with the meet 'n greets with their kittens. Thanks to Sara, Steve & Arielle for the quick & efficient set-up - it is so nice to have the supplies at the building!  Thanks to Sara & Trista for the great job with adoption counseling - it got pretty crazy at times.  Thanks to Steve for the professional cage cards and coordinating our lunch run.  Thanks to Candy for the great photography during the event.

Our next adoption event will be Saturday, 7/24, at the Wheaton PetSmart (63 Rice Lake Square, Wheaton) from 11am-3pm.  This is part of PetSmart National Adoption Week.  It will be a little more challenging to have an in-store event again, but hoping for some good foot traffic.