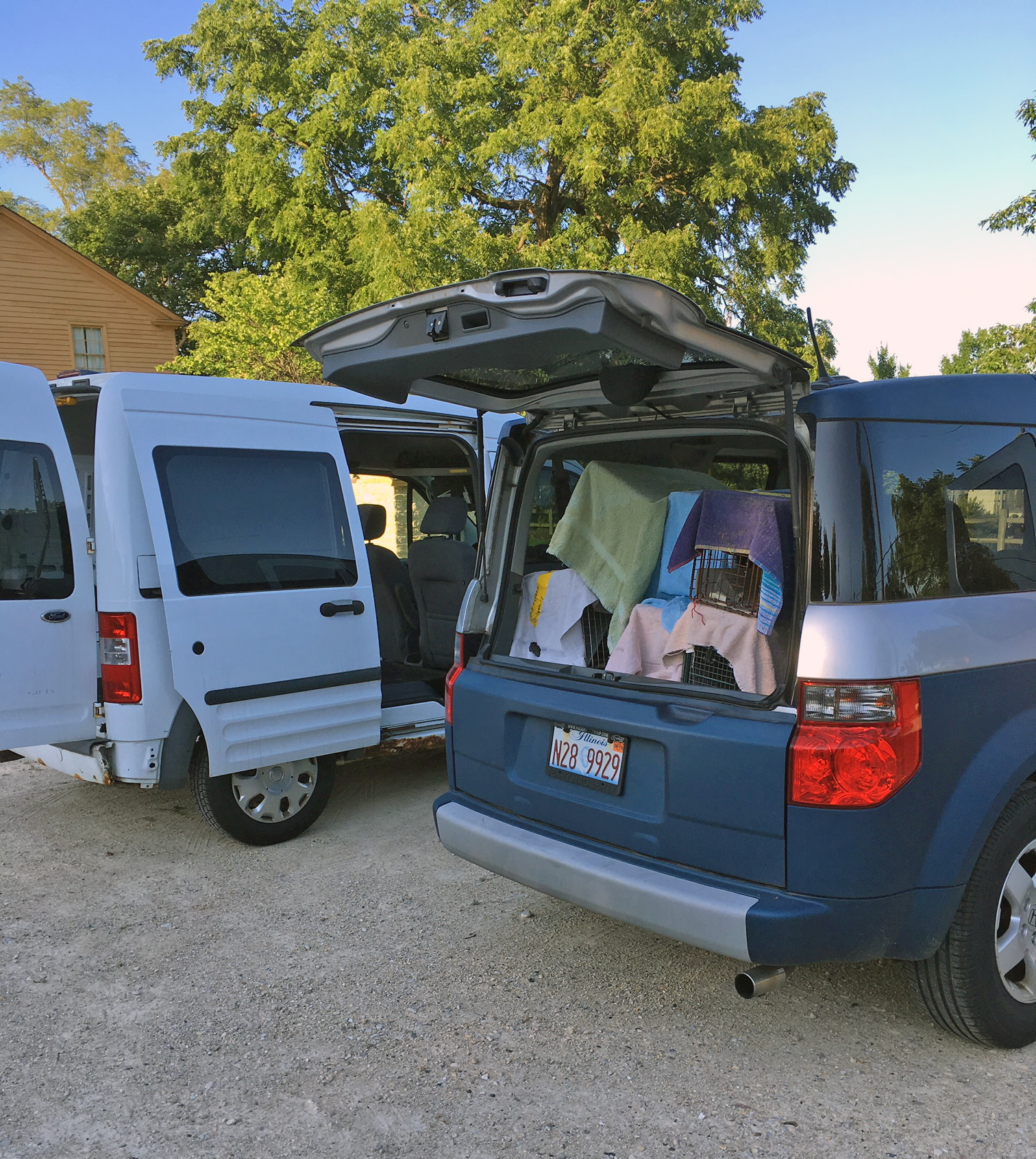 We sent 24 cats to DCAS.  Two of the kittens had irregular heartbeat so they did not get surgery that day - too big a risk.  Some times the chambers of the heart do not close up by the time the kittens are 10 weeks.  We're giving them two weeks and then we will take them for a vet visit, see how the beats are and then schedule their neuter soon after that - cross your fingers!  The friendlies were done early, couldn't reach the transporter so I went and picked them up myself - this meant that they were able to go back to their fosters much earlier than otherwise so worth it.  In the chaos that was Thursday, a caretaker (who I started helping 13 years ago!) trapped a mom who had delivered in the last two days, brought them to me and luckily we had an opening in one of our mom & baby fosters!  LadyBird and her two kittens were picked up and transported to a safe, quiet crate and are currently doing well.  In the midst of this, received a call from Debbie, our Transit vehicle had lost its brakes, she was safely in a parking lot!  Called our favorite repair shop and the tow truck people and arranged that.  After the friendlies were picked up, the M&B's were picked up, I went to pick up the ferals and Debbie to bring them on back.  Truly a day of one thing after another!

At the end of the day, we had sent 10 friendlies and 14 ferals to DCAS, 8 friendlies and all the ferals had surgery, resulting in 3 males and NINETEEN females being neutered.  Way to go DCAS!!!  This brings us to 54 for the month of July, 291 for the year and 11,262 cats being neutered since 2007!

Usually in July things slow down a bit.  Ain't happenin' this year.

Thank you to our donors and supporters for helping us to continue to care for the cats!"