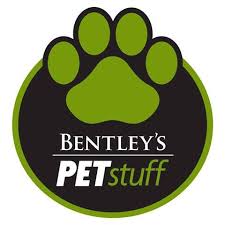 The environment was bright, friendly and inviting for our first adoption event at Bentley's Pet Stuff in Elmhurst on Saturday, 7/28. Everyone at the store was so welcoming and accommodating. We appreciated the opportunity to have an event there.

Two pre-approved adopters came to the event, which resulted in 3 adoptions. Another former adopter stopped by to meet the kittens, which led to a subsequent adoption. One of our foster families also decided to keep one of their fosters, resulting in a 4th adoption. There were also a few other folks who stopped by to meet and interact with our kittens.

Adoptions have been strong outside of our events as well, both for our adult cats and our kittens. 9 kittens (Nathaniel & Nahla (adopted together), Daniel, Dallas & Danica (all 3 adopted together), Giles (to be adopted with Deni, once Deni is neutered), Herald, Higgins, and Giorgio, as well as 4 adults (Gracie, Gracie II, Redford, Ambrosia) have all been adopted since our 7/11 event. There are also several other adoptions in the works which will be finalized in the next week. A happy and rewarding time!

Many thanks to the volunteers and fosters who made the event possible. Set-up and clean-up went very smoothly and efficiently, even in a new venue, thanks to Sara, Bernie and Steve. Thanks to our foster moms (Candy, Diane, Melissa, Catherine, Stefny, Marisa, Marilyn, and Gillian) who brought their foster kittens to the event and were able to stay for all or a portion of the event to interact with our guests and adopters. Thanks to Sara and Bernie for help with adoption counseling and completing adoption contracts. Thanks to everyone for playing with, cuddling and entertaining our kittens - a rough job, but someone has to do it ;-)

Special thanks for all of the other valuable contributions which made the event a success - to Candy for the photography and videography during the event as well as driving the "kitten bus" to/from Naperville; to Connie, Stephanie and Ted for promoting the event on our Facebook page and web site; to Lauren for the cute cage cards (so sorry she could not stay for the event); to Mike and Debbie for the updates to the Adoptable Cats & Kittens binder and board; to Sara for help with the laundry; to Bernie for coordinating our lunch run.

Our next adoption event is scheduled for Saturday, 8/11, at Pet Supplies Plus at 720 E. Ogden Ave. in Naperville from 11am-3pm. Hope to see you there!