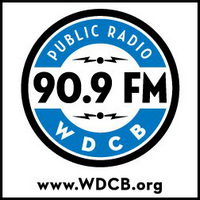 The link to the story at the station website is here.

As the interview will only be available on the stations website for a couple of weeks, the information about the interview is reproduced below:

Lombard's Feral Fixers says there are colonies of stray cats in the DuPage County Forest preserves...around apartment complexes and industrial parks. The group's Tammy McAuley says the soft economy forced many people to give up what were once family pets. She tells WDCB News frequently people release cats into the Forest Preserves. McAuley says people who live adjacent to Forest Preserve properties are frequently inundated with cats...that are often friendly. She says the group has to figure out what it can do to place those cats, because it's committed to placing as many of the animals in a home as it can. Feral Fixers uses a system of "trap-neuter-and-return" to slowly reduce the number of feral cats. Workers release the neutered cats back into the area where they were caught. McAuley says over the years the practice has dramatically reduced the size of some groups because it eliminates the possibility of new litters of kittens.

You can listen to an archived version of the interview by clicking on the Play Button below.